An exemption from land tax may be available if your land, or part of your land, is used for, or being prepared for, primary production. To be eligible for this exemption, certain conditions must be satisfied. These vary depending on whether the land is:

For land tax primary production exemption purposes, greater Melbourne is the blue shaded areas in the map below. This boundary took effect from 18 June 2014 and applies from the 2015 land tax year.

View a larger copy of the current greater Melbourne map 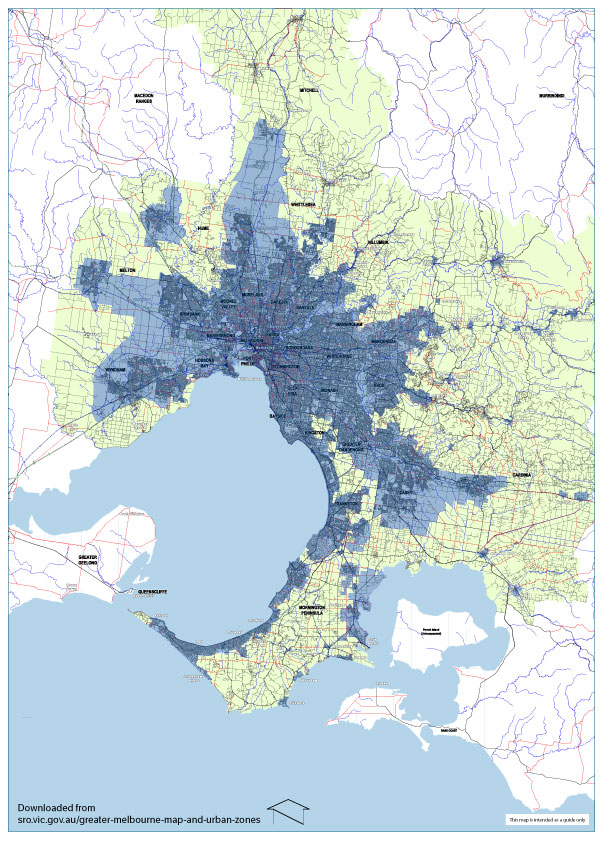 Areas within the Urban Growth Boundary specified in the planning scheme in force in each of the following councils:

Before 18 June 2014, for land tax primary production exemption purposes, greater Melbourne was the red shaded area in the map below.

View a larger copy of the former greater Melbourne map 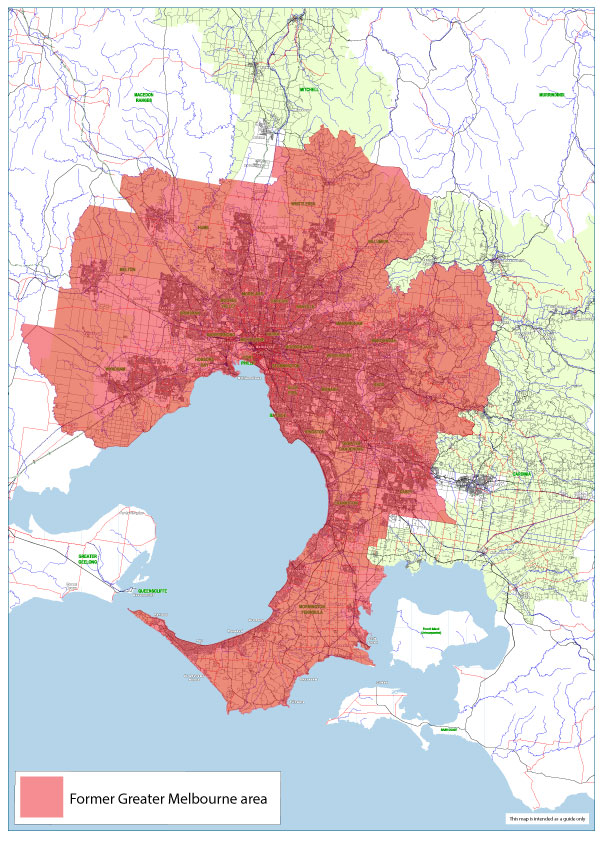 This former greater Melbourne area has the same meaning as metropolitan area in s201 of the Melbourne and Metropolitan Board of Works Act 1958 (as in force immediately before its repeal) or any area declared by the Governor-in-Council under that Act to be in the metropolitan area.

The current urban zones declaration is detailed below and you can also view historical urban zone declarations.

Can’t find what you’re looking for? Visit the Help Centre